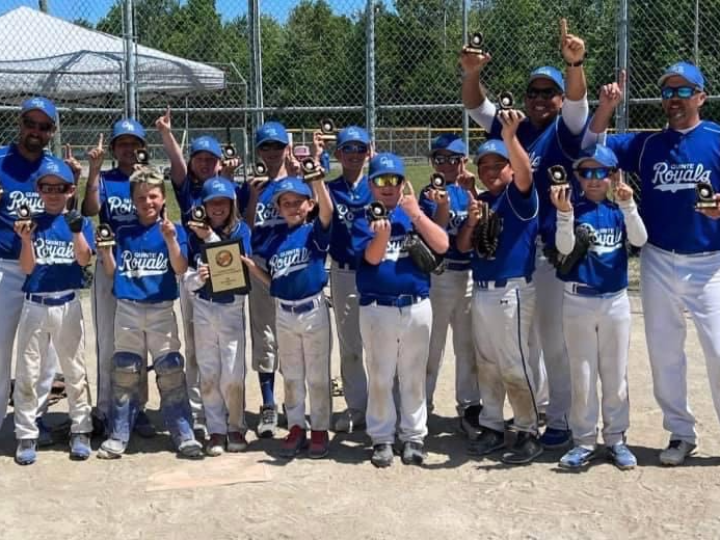 What a weekend the 10U Royals had in Seaway at the shootout tournament.  After taking a loss in the first game (their first loss this season!),  the Royals regrouped and went onto win their next 3 games to make it to the finals vs the East York AA team.

The Championship game saw Micheal Ampuero take to the mouch and pitched 5 of the best innings of his season.  The bats were on fire as the Royals jumped out to a 7-1 lead.  After a hard push late from East York the Royals ended up taking the championship game 12-7.